Wake us up before you go, Omicron!

It is fair to say that the first Omicron/Delta wave was more scary in its initial stage than it has eventually turned out to be. Indeed, many commentators have argued that we have been lucky. Be that as it may, let this episode of initially heightened worry serve as a wake-up call. For the world remains underprepared even today against a downside scenario of a highly transmissible and more lethal variant.

The first Omicron wave, which has combined itself with also the effects of Delta, raised the alarm bell initially given the previously unseen degree of infectivity. The scale of escalation turned out to be huge when it comes to cases. But the impact on mortality has been less severe than feared. And that applied as well to the subsequent waves that followed in the wake of the initial outburst.
The two charts illustrate these trends for the entire pandemic period and the more recent developments after December 15, 2021 when cases started their initial acceleration.
Turning now to the scale of the escalation on the cases side, let us focus on the initial wave that occurred in the winter of 2021/22. As the previous charts illustrated, this wave had by the greatest amplitude over the entire course of the pandemic – at least as per the reported data. The chart below tries to dimension the scale of the escalation by comparing the peak in cases and fatalities before and after November 1, 2021.

For fatalities, the impact of the recent wave has been less severe across country groups compared to previous peaks. Peak mortality stood at 61% of the all-time peak for HICs and 164% for UMICs. The ratio was lower for LMICs and LICs at 36% and 47% respectively.

The initial Omicron/Delta wave has in the meantime dissipated. Yet, the initial wave was soon followed by other waves, including the one associated with the spread of BA.5 which causes a resurgence of cases and, again to a lesser extent, fatalities. It is however hard to compare most recent peaks with earlier ones given the current environment of dramatically reduced testing.

The scale of the Omicron escalation is of concern, particularly because the global community remains underprepared, undercoordinated and short-sighted in terms of its ability to prepare for the future and deal with what may come next.
The chart below shows progress has made in terms of primary (bars) and booster (dots) vaccination for the world as well as by World Bank income group. As it turns out, a large part of the world population is still not fully vaccinated as per the primary series and an even greater part has not yet been boosted. On top of that, the lack of progress is highly regressive, with poorer countries being much less well vaccinated.
The Omicron family has proven itself to be adept at evading our immune defenses, including those supported by vaccination. But vaccines have remained highly effective in terms of reducing severe manifestations of the disease. The incomplete and unequal progress of the global vaccine campaign has thus exposed the unvaccinated in particularly the poorer countries to greater risk.
The point here is however slightly different. It is that the current state of the global vaccination campaign serves as a sobering reminder of what could happen in the future if a more dangerous variant were to emerge. The world has shown itself, thus far, to be incapable to quickly manufacture, distribute and administer vaccines at the global scale. These demonstrated weaknesses position us poorly with the respect to future downside contingencies.

A change of mindset

As John Nkengasong (Director of the Africa Centers for Disease Control and Prevention) noted:

“The world got lucky with Omicron. It’s unimaginable what would have happened if that highly contagious variant had caused disease as severe as Delta has. We may not be so lucky the next time. The world cannot afford to be so unprepared ever again.”

The emergence of a more transmissible AND more pathogenic variant is not the standard pattern in viral evolution (typically bugs become more infectious and less lethal).
But given the sheer scale of infection, how confident can we be that we will avoid the downside scenario of a bug that is similarly transmissible as Delta or even Omicron but is more lethal? Recall that Delta has been an aberration in this respect as it was both more transmissible and slightly more lethal.
We therefore need a change of mindset, look beyond Omicron and ask: “If a highly transmissible and more lethal variant emerges a year from now, what will we wish then we had done differently today?”.
The answer to that question is that we should have made greater efforts to ramp up global capabilities for development, production & distribution of updated vaccines, therapeutics and diagnostics.
Let our actions today be guided by that strategic foresight.
Related insights 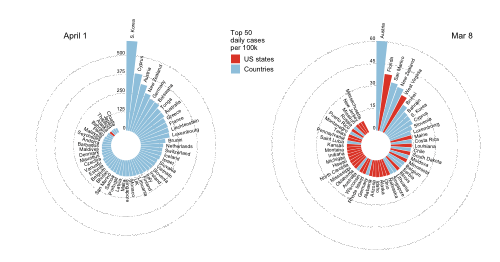 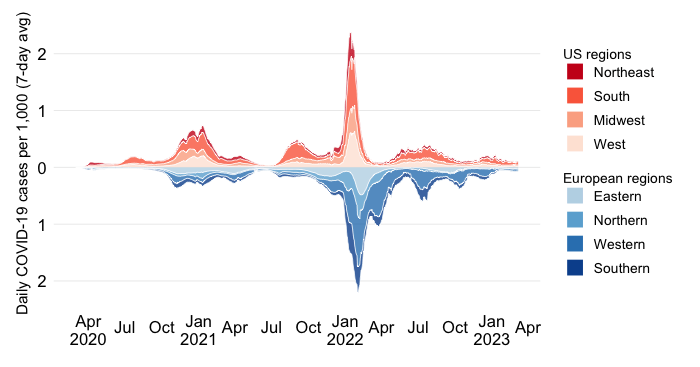 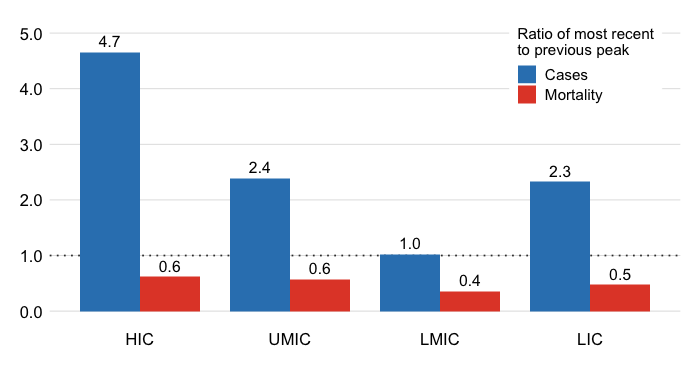 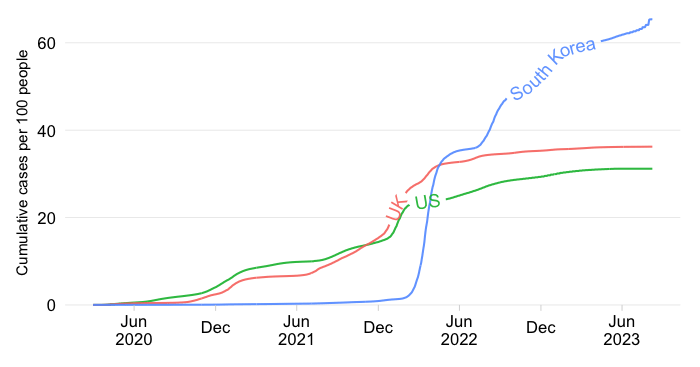 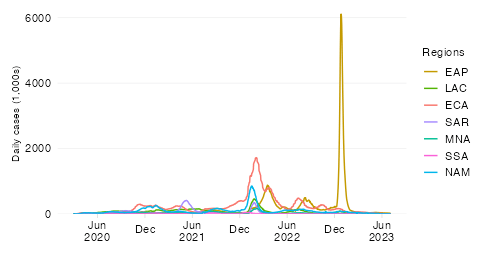