The data analytics resource pandem-ic saw the light of day on February 1st, 2021, which was around the beginning of the global vaccination campaign. Since its inception, the site has grown into a repository of over 500 visuals that track and analyze pandemic inequality across countries.

Early on in the pandemic, we heard the claim that global health had been subverted. As Cash and Patel declared in The Lancet, “for the first time in the post-war history of epidemics, there is a reversal of which countries are most heavily affected by a disease pandemic.” This impression, supported by officially reported data, continued to persist in various ways. Some argued, especially early on, that the developing world has been left “unscathed”. Later, this became: the impact has been “mild”. Such arguments were then used to justify that poorer countries with predominantly young populations “do not need vaccines”.

Dispelling such claims was the main reason why I created pandem-ic. The goal has been to use data-driven visuals and analysis to counter the ubiquity of mis- and disinformation about the impact of the COVID-19 pandemic on the developing world and their participation in the design and deployment of solutions.

The general idea for the site built on earlier work when I managed the strategic foresight unit at the World Bank (the Global Modeling & Analytics Division in its Research Department). One of our recent products was the IMF/World Bank Global Monitoring Report on demography and development. This work turned out to be highly useful in its application to the COVID-19 pandemic, which has a strongly age-discriminating characteristic.

The immediate trigger for the project was a working paper co-authored with Diego Sourrouille of the World Bank on COVID-19 mortality in rich and poor countries. Among other things, the paper predicted that, based on demographic patterns alone (meaning the combined effect of population size and age structure), we would soon see a massive shift in the global mortality distribution to the developing world. At the time, the developing country share in COVID-19 mortality globally stood at 15% and we predicted it would rise to over 70%. Unfortunately, this prediction has fully materialized as Laura Spinney discussed in her article in the Guardian.

This project would not have been possible without the generous inputs of others. As far as data inputs go, I would like to thank the Center for Systems Science and Engineering at Johns Hopkins University (mainly for cases and mortality data), Our World in Data (for vaccination data) and The Economist (for excess mortality estimates). Thanks to everyone behind these efforts, including Edouard Mathieu and Sondre Solstad whose regular feedback has been much appreciated.

Even though this project is a side effort, I am grateful that it is widely used within the World Bank, including in the COVID-19 newsletter of the Human Development Vice-Presidency. I also would like to thank my co-author Indermit Gill, who is now Chief Economist of the World Bank Group, for the work we published at Brookings to demonstrate that “COVID-19 is a developing country pandemic” – a conclusion that remains has remained relevant up through the present day.

The World Health Organization has been a source of continual encouragement. Gabby Stern, Director of Communications, was among the very first to spot the “vaccine equity tracker” – an embryonic version of what would become this data analytics resource – in the form of a table shared on Twitter on vaccine distribution across income groups. Ever since, WHO colleagues have been supportive of this effort, providing feedback and suggestions. In this connection, I would like to thank in particular Samira Asma, Peter Singer and Soumya Swaminathan.

Last but not least, a thank you to the many visitors to this site for their comments and suggestions, many of which led to improvements and new ideas, and for helping amplifying the message by spreading the word to the world. Thank you all.

The goal of this project is to promote understanding of the unequal impact of this unprecedented health emergency and the need to find a globally inclusive solution. If this effort has made some contribution along this vein, it will have been worth it. 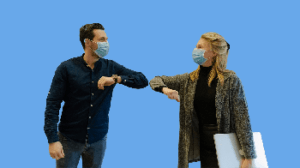 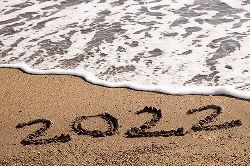 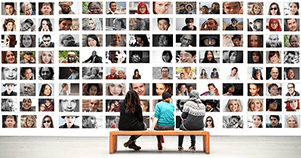